In 2007, Ashleigh moved to Philadelphia to attend The University of the Arts under the Presidential Scholarship and Stone Dance Scholarship. Performance highlights at UArts include dancing principal roles in the works of Twyla Tharp, Louis Johnson, and William Forsythe. Ashleigh graduated in May 2011 with a Bachelor of Fine Arts in Modern Dance Performance and a Minor in Philosophy and Religion, earning the Stella Moore Prize for Four-Year Achievement, Outstanding Performance in Modern Dance, Outstanding Performance in All Dance Styles, the Choreography Prize, and the President's Award. She also had the honor to address the University of the Arts Graduating Class of 2011 as the Valedictory Speaker. Ashleigh has previously danced with Zane Booker's Smoke, Lilies and Jade Arts Initiative (Philadelphia, PA) and Heidi Cruz's Dance Spora (Trenton, NJ); she has also worked as rehearsal director for UArts on projects under Douglas Becker (Ballet Frankfurt) and Sidra Bell (Sidra Bell Dance NY). 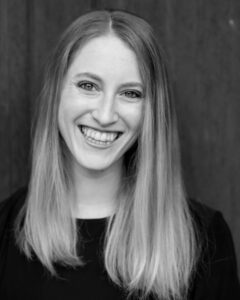 Gray Stoner was born and raised in Atlanta and started dancing at age seven. She originally got into ballet to help her gymnastics training but quickly fell in love with the art of dance. From then on, Gray received her dance training from Georgia Dance Conservatory (formerly Ruth Mitchell Dance Theatre). She received additional training from The Joffrey Ballet, Nashville Ballet, Complexions Contemporary Ballet and was selected to participate in Regional Dance America's Craft of Choreography.